ABOUT ANGER DANCE
The play takes place in the mid-90s, when therapy was the thing. Our protagonist, Evan, has settled on dance to combat his unemployment. And his recent distance him from his otherwise loving and career-driven wife MacKenzie. And his close (or too close) friendship with another woman, Lara, whose boyfriend and best friend are sleeping with each other behind her back.

Choreographed to lesser known 80s and 90s rock songs, the dances in the play embellish the story in ways both immediate and intimate. The scripted scenes, still a significant portion of the play, depict conflicts between articulate and strong-willed people. Well, except for Tommy, who’s kind of a douche. Oh, and Evan spends a lot of time talking to Pfegg, the acid-tongued manifestation of his anger, whom no one else can see.

AVAILABLE ROLES INCLUDE:
EVAN (m): 30, a passionate man in good physical shape, working toward peaceful resolve
MacKENZIE (f): 30, a career woman, secure in herself, too willing to placate her husband, Evan
LARA (f): 35+, a serial monogamist, very insecure, pushes all tension inward
COCO (f): 28, a manipulator, stylishly dressed and made up, Lara’s best friend
TOMMY (m): 23, a lazy opportunist, bad-boy handsome, not terribly perceptive, living with Lara
The part of PFEGG has already been cast.

All roles will perform solo, modern dances under the direction of a choreographer. Dance experience and training will help, but is not critical. Tommy’s dance load will be light, while Evan’s is the heaviest.

Sign up via email or text with director Ned O’Reilly: nedme17@gmail.com, 608-617-4917.
Ned can also answer any questions through those same methods.

Rehearsals will begin in late February and will take place at various locations. Fewer conflicts and schedule flexibility will be a big plus. 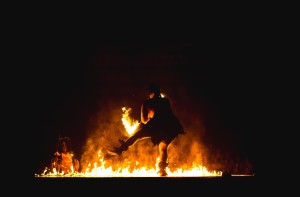