Left of Left Center presents its first promotional dramatic reading, The Columnist by David Auburn. Auburn is perhaps best known as the writer of Proof, a Pulitzer and Tony winner. The Columnist is his first full-length play in 12 years.

The play chronicles the life, accomplishments, and controversies of famed newspaper columnist Joe Alsop, and premiered in New York in 2012 with John Lithgow in the title role. The New York Times calls it a “scrupulously assembled historical drama”, telling the tale of those who “spoke to power and even whispered in its ear.”

One night only. No charge for admission, all are welcome and invited to attend. 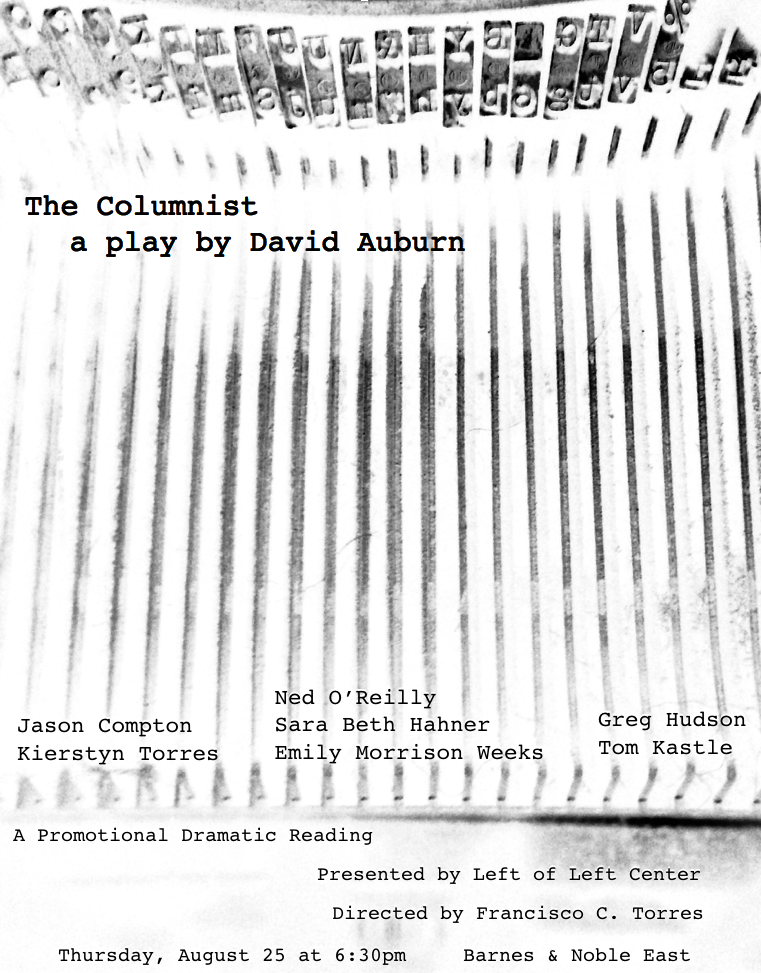